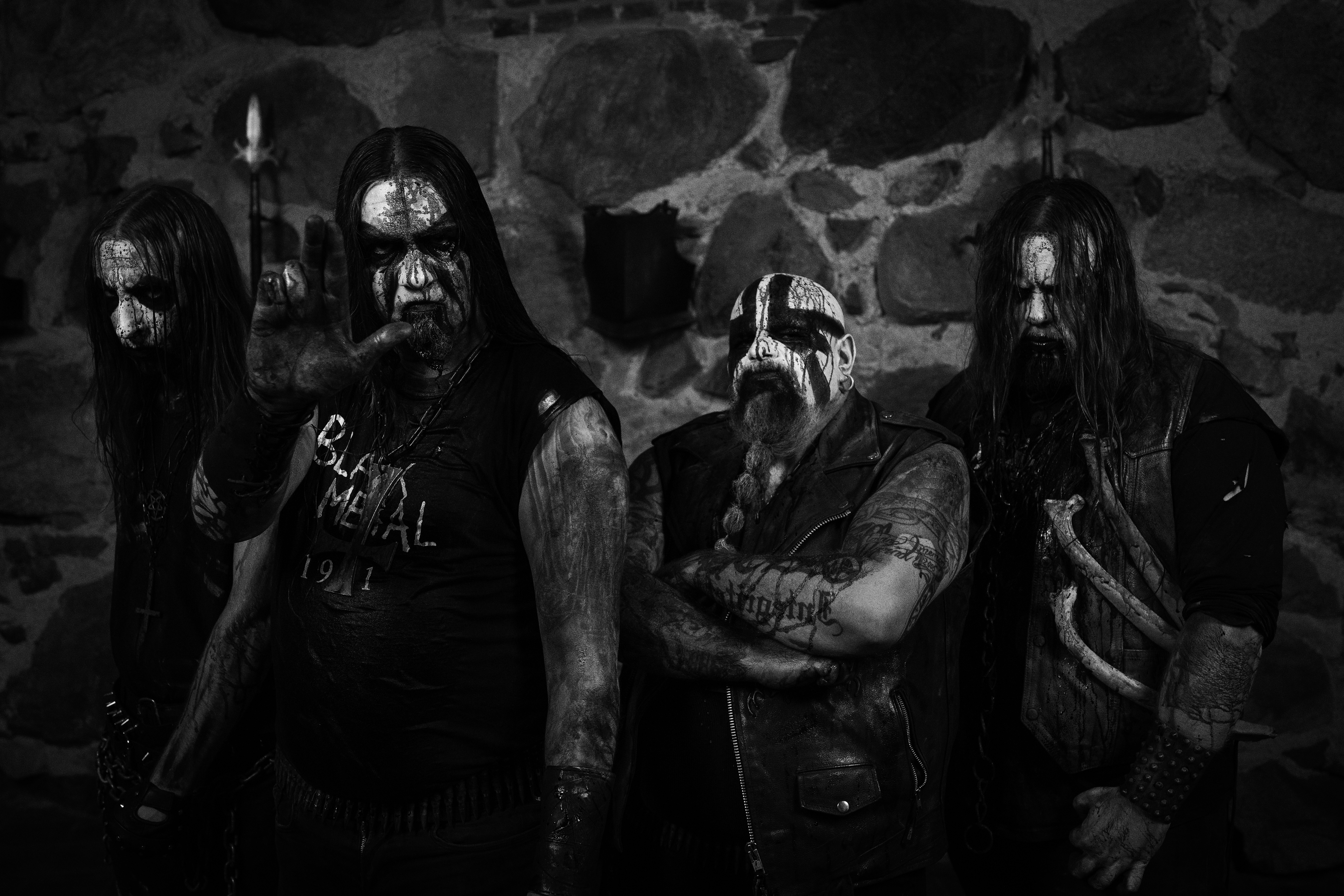 HISTORY
Formed in 1994 by drummer Jontho and then-bassist Jerv, RAGNAROK’s first foray into a studio to record the “Pagan Land” demo didn’t perhaps turn out quite as they would have wished due to their lack of experience.  Undeterred they recorded a track for a compilation CD for local bands, and, being satisfied with both the result, and the resulting response from fans and media alike, the original demo was re-recorded and its release led to the band signing with the cult label Head Not Found and the appearance of first full-length RAGNAROK album “Nattferd” in 1995. Having been persuaded to sign with Head Not Found for a further two albums, Century Media’s interest in the band arrived just too late.

“Arising Realm”, which featured DIMMU BORGIR’s SHAGRATH on keyboards, and “Diabolical Age” were released in 1997 and 2000 respectively, and RAGNAROK steadily built up a reputation for dynamic live performances both on the tour circuit and at festivals.  It was at this point that Regain Records stepped in with an offer, and recording began on the band’s third full length album “In Nomine Satanas”, which was engineered by Tommy Tägtgren, and released in 2002.  Having lost the services of their vocalist Lord Arcamous, who was no longer able to commit to the band’s schedule, TAAKE’s Hoest stepped in as frontman and “Blackdoor Miracle”, once again engineered by Tommy Tägtgren, was released in February of 2004 to huge critical acclaim.

RAGNAROK then entered a period of stasis until 2008 when Jontho, by then the only remaining original member, decided that the time was right for RAGNAROK to come roaring back to life with a new lineup that included Jontho on drums, Hans Fyrst on vocals, DezeptiCunt on Bass and Brigge on guitars.  And roar it did.  New material was prepared with MARDUK’s Magnus Devo Andersson at the engineering helm and “Collectors of the King” was released in 2010 increasing RAGNAROK’s reputation as both writers and performers.  Following a successful tour of Russia, Bolverk, who had been a session guitarist with RAGNAROK, came onboard as a full member replacing the departing Brigge.

The world-wide release of RAGNAROK's  seventh full-length album “Malediction” on Agonia Records in the Autumn of 2012 further consolidated the band's reputation with both fans and critics,  which resulted in the band’s first ever North American appearance.

Following the departure of vocalist Hans Fyrste, who wanted to spend less time on musical activities, 2014 marked a major change in RAGNAROK's lineup, and it was announced that Jontho, would be handling vocals for the band, both on stage and in the studio, whilst continuing to handle drums during recording.  It was a change that surprised everyone, given that Jontho was acknowledged as one of the most iconic drummers on the scene, but it was something he felt he needed to do, both for his own personal development and for RAGNAROK itself.  His stage debut at Norwegian Hellcamp in Germany gave a clear indication that his decision was the right one.

With RAGNAROK having celebrated over twenty years in the business, the band's eighth full-length album "Psychopathology" released in the spring of 2016, as well as "Chaos and Insanity Between 1994-2004" retrospective compilation album titled titled "Chaos and Insanity Between 1994-2004", a ten-track retrospective album which features a rare collection of the band's early demos and EPs, with tours and festival appearances lining up, and with Agonia Records renewing their working relationship with RAGNAROK for a further three albums,  it's clear that one of Norway's longest serving bands is continuing to go from strength to strength.